Climate Action is a topic that asks schools to look at all aspects of Climate Breakdown: why and how it affects our daily lives, what the causes are, and how to take action to prevent and reduce the effects of carbon on our environment. 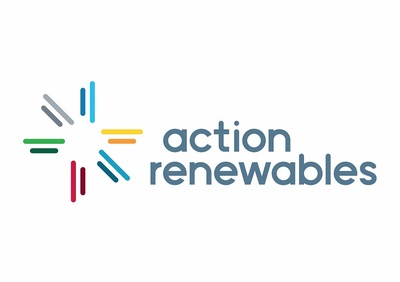 What is Climate Breakdown?

Climate Breakdown, which is often used interchangeably with “global warming” and “the greenhouse effect”, is a long-term rise in the Earth’s overall temperature. With this rise in temperature, our climate as we know it, has begun to breakdown. The symptoms of this breakdown include changes in rainfall patterns, sea level rise, droughts, increase in desertification, habitat loss and heat stress.

There has been a worldwide call from scientists to limit the rise in global temperatures to 1.5oC. Achieving this would necessitate rapid and far-reaching changes throughout our society by 2030. In other words, taking immediate Climate Action. Transformative changes, even at a local level, will have major, positive impacts and help keep our climate stable.

Since our planet was formed, the climate has been changing. Over its 5-billion-year history, the Earth has seen ice-ages, continental drifting, and rises and falls in sea levels. So why is this climate change event different?

It is the speed at which the climate is changing. Previous changes in the environment happened extremely slowly, over thousands of years, following the effects the sun, land, oceans and atmosphere have on each other. However, this past century has seen the planet warm by about 1oC. As a result, we have faced some of the most extreme weather conditions on record in the past 20 years, including heatwaves and flooding. It is widely agreed that these rapid and widespread changes are as a direct result of human activity.

Threats to the Climate

Extreme use of Fossil Resources

From the beeping of your alarm in the morning to the time you switch off your lights to go to sleep, you are relying on fossil resources. The burning of fossil resources such as coal, oil and gas powers our everyday life providing us with heating, electricity and transport. However, every time we drive to the shops, light a fire or turn on the television, we are releasing extremely high levels of carbon dioxide (CO2) emissions, causing a build-up in our atmosphere. CO2 gases occur naturally in small quantities. However, our growing demand for fossil fueled based technologies has driven the production of these gases far beyond natural levels. This build-up creates a blanket surrounding our planet, allowing temperatures to rise at an unnatural and rapid rate causing changes in weather patterns on a global scale.

Deforestation is the permanent clearing of forested areas in order to make the land available for other uses such as farming and urban use. The timber is also prized for commercial items such as furniture, building materials and paper. However, deforestation is considered to be one of the major contributing factors to global climate breakdown. Trees store the most prevalent greenhouse gas CO2 . Through photosynthesis, a mature tree can absorb up to 22kg of CO2 per year – the equivalent of your luggage allowance when going on holiday. Deforestation not only lessens the amount of CO2 being absorbed and stored, but actually releases the carbon back into our atmosphere. This in turn causes our climate to warm at an accelerated rate.

Our marine environments make up over 70% of the planet’s surface and are vital to all life on Earth providing us with 50% of the world’s oxygen. They are also one of the greatest contributors to slowing the rise in the Earth’s temperatures as, like the plant life on the land, ocean plants such as algae and phytoplankton absorb carbon dioxide through photosynthesis. Further, oceans themselves absorb carbon dioxide through diffusion from the atmosphere. However, the oceans ability to absorb carbon has two main factors – its saltiness (salinity) and its temperature. As the icecaps melt, the salinity decreases as the fresh water dilutes the salt water, and, the overall temperature rises. These changes reduce the amount of carbon that can be absorbed. With less carbon being absorbed by the oceans, the more that remains in our atmosphere allowing global temperatures to rise further and faster. Moreover, there is also only a finite amount of carbon that our oceans can absorb. The only true way to protect our climate, is to reduce our use of carbon producing fossil resources.

What Can Schools Do?

Although this seems like an impossible challenge, actions at a local level can make a global impact. These are some things your school can do to help: